Amazon summary
Marchez! — A race for survival When Rhodes Delaney challenged James Alderston Whitbury III to a grudge match she chose the most grueling of all tests — the Iditarod: a lethal dogsled race across the perilous wastelands of barren Alaska. Through life-sapping storms, howling blizzards, and deadly sub-zero temperatures, the racers must struggle over treacherous mountain passes where the sun’s rays never reach, cross frozen rivers risking the icy torrents below, and pass enraged bull moose, ravenous bears — and the world’s largest, hungriest wolf pack.

In Iditarod, André Jute puts the reader’s feet on the ice and on the runners for twelve hundred hazardous miles of the last great race across the last dangerous frontier as the exhausted bodies and hallucinating minds of the contestants battle towards the moment of truth — when Man and Nature exact the ultimate reckoning from each other. Iditarod is at once a love story, a great adventure, and a brilliant word portrait of the world’s most spectacular and least-known land. First published in 1990, Iditarod is fully revised for this 21st anniversary edition by CoolMain Press.
END_OF_DOCUMENT_TOKEN_TO_BE_REPLACED

Amazon summary
Looking for a woman of good character and pleasant disposition willing to learn the ranching business in Arizona territory. Must be SINGLE and prepared to remain so now and forever more. Will be given ownership of ranch. -Eleanor Walker

Disgraced dime novelist Kate Tenney fled the city that banned her latest book for a fresh start at a cattle ranch in the Arizona Territory. She hopes ranching turns out to be as romantic as she portrayed it in her novels. END_OF_DOCUMENT_TOKEN_TO_BE_REPLACED

This is a guest post from Danyelle Leafty of www.danyelleleafty.com. Danyelle asked if I would help her spread the word about her Kindles for Kids project. 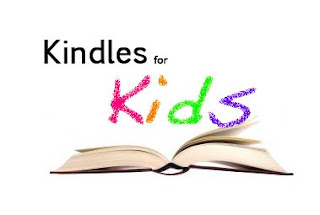 What exactly is Kindles for Kids?

Kindles for Kids is my way of paying it forward. My goal is to raise enough funds to purchase 10 Kindle Fires for the pediatric unit of a local hospital in UT. END_OF_DOCUMENT_TOKEN_TO_BE_REPLACED