I have not taken this course, but I have known Mandie for years and I trust that she has put together an amazing course that will be worth your time and investment. This is not an affiliate post. I’m sharing because I’m a single homeschooling mom and I’m able to stay home with my boys because of my work as a Virtual Assistant. I would love for everyone to have the same freedom! Be sure to grab the code below to get $50 off. — Amanda

In 4 weeks, you could be living your dream –

working from home as a virtual assistant to authors, bloggers, and small businesses!

Use easy to learn skills or things you already know how to do!

Are YOU In Love With Your Job?

What a weird thing to ask – are you in love with your job. We get it. We didn’t think we could love WORK either, but we do.

And we want you to love what you do, as well.

There are so many benefits to working from home full-time or part-time, or pushing a side-hustle to pay off bills.

Read the pros and cons of working from home

B: Aren’t all your bones attached to your spine?
Me: Uh, not exactly. That would make walking really awkward.
(He knows how it’s all connected; it’s just the way he phrased it made it amusing.)

We’re currently battling ants in the kitchen. We’re winning the ant war, but we still have a few persistent stragglers. Last night, Dad made the boys milkshakes and didn’t clean the counter off. He also left the top of the ice cream carton on the counter. I walked into the kitchen and said something about how it must be “Be Nice to Ants Day,” then cleaned the counter. Today, Blake and I were talking about the ants, and he said something about the messy counter. I told him I’d cleaned that off before we went to bed.
“Why did you do that? I thought yesterday was “Be Nice to Ants Day.” END_OF_DOCUMENT_TOKEN_TO_BE_REPLACED

I had Jack send his dad links to the two laptops he’d found (because they won’t be coming from *this* Santa this year). Dad sent him an email back asking him to call him. They’ve been on the phone a while. Blake wants to talk to Daddy, too.
Blake: Jack won’t let me talk to Daddy!
Me: Hang on. Let them finish. Jack will give you the phone when Daddy’s through talking.
Blake: But Daddy never stops talking! END_OF_DOCUMENT_TOKEN_TO_BE_REPLACED

Blake walked up to me holding his finger. I couldn’t see any cuts, bruises, or marks.
B:Mama, when I push on my finger it hurts. See?
I see him push. I don’t see it doing anything.
Me: Then stop pushing on it.
Now he’s happily playing Minecraft. Because the only reason his finger was hurting was that he was squishing it. Am I the only one who has noticed that genius and common sense don’t often reside in the same people? I have the same kinds of issues with Jack.

B: Is three-ten the same as two-seventy?
Me: Um…what?
J: Just say you don’t know. (To B) Mama doesn’t know.
Me: Hang on. I want to know what he’s asking….Can you explain what you’re trying to ask? Because either you’re not asking what you think you’re asking, or the answer is no.
B: There’s sixty minutes in an hour, right? So 3:10 is technically 2:70.
This boy…

B: My hair is sweating.

B: Fifty plus fifty is one hundred.
Me: Yeah.
B: Six plus six is twelve.
Me: yep.
B: So sixty plus sixty is a hundred and twenty.
Excellent reasoning skills, but can you turn down the smart a little, kid?

B, grinning: I’m cute, aren’t I?
Me: You’re adorable. Come here.
He snuggled up to me, and I told him: You’re cute and smart and sweet….
B: And once again, adorable.
He’s modest, too.

B: They made it harder and annoyinger.

The boys are playing hide and seek.
B: I know you’re hiding somewhere!
Me: That’s usually how it’s done.

I’m With You by Taylor Dean

When the doctors inform Chloe Brennan that her pregnancy is “incompatible with life,” her subsequent choices will change her path forever.

She becomes one of the quiet, unsung heroes of this world, incredibly strong, yet somehow wrongly looked upon as damaged.

Three people will pierce Chloe’s existence: her husband, a stranger, and a precious baby.

I’m With You is a novel about selfless love and the sacredness of life.

Please note: While this book is a romance novel, it also deals with the sensitive issue of baby loss grief.
The emotions are real, and sometimes dark.
If you are sensitive to this issue, this may not be the book for you.

Praise for I’M WITH YOU:

END_OF_DOCUMENT_TOKEN_TO_BE_REPLACED

B: When I was a kid, I wasn’t careful with knives.

Blake tried kale for the first time.
“Kale’s good. It didn’t make me throw up.”
I suppose if you’re five, that’s the litmus test for vegetables.

B: Mama, this smoothie is good, but it tastes like wine.
No, he has NEVER had wine. I have no idea where that came from. Also, no, the smoothie did not taste like wine. 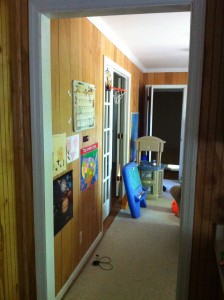 We usually keep those French doors on the left closed. I walked by a few minutes ago and Blake had opened one. “I wanted to feel the breeze in my hair.”
I’m not sure where this refreshing breeze is supposed to come from, but I don’t think opening an extra interior door is going to do it.

B: I didn’t want to bother the time to put on my socks, so I just put on my shoes.

Blake apparently went downstairs while I was in the shower and turned his computer back on (after our power went out). I went down to wake Jack up, but didn’t notice the computer was on.
B: Mama, is my monitor done loading yet?
Me, with a blank look: I don’t know what that means. (As far as I knew, he hadn’t left his video game the whole time.)
B: My monitor! Is it done loading? (Because rephrasing the question and talking louder always makes it make more sense.) On my computer? (Ah! There we go!)
Me: It’s not your monitor. The power went out. You need to turn your computer back on.
B: I know! Is my monitor done loading yet?
Me, after going downstairs to make sure his computer is running and happy after the power outage: Yes, your monitor is all loaded.

This one isn’t a funny conversation, but still something I want to remember later and something I enjoy sharing.

Yesterday, I had to separate the boys because they would not stop bickering, and Jack was starting to get mean (yay, puberty). Blake had fixed himself a sandwich an hour or so earlier, and the bread and peanut butter were still on the table. He came downstairs and asked me to help him with the jelly lid. I did, then came back down. A few minutes later, he called down, asking me to help him with Jack’s bedroom door. (It sticks.) When I reminded him they were supposed to be taking some time apart to calm down, he said, “But I made Jack and sandwich and I can’t open his door.” Jack didn’t want the sandwich, but ate it anyway when B got upset because he didn’t want it.

This morning, I had enough batter to make 1 1/2 batches of pancakes, instead of our normal 2 batches. The boys had 3 each, and I had one small one I’d made with what was left in the bowl. B was eating his last pancake, and was confused because I was eating one.
“I thought you said there was only two more.”
“There were the last two I was cooking then, then I made this little one for me. You each got three, and I got one.”
Handing me his pancake, “Here.”
“Thank you, baby. You eat it. I want your tummy to be full. I’ll make a smoothie in a minute.”
After another couple bites, “Here. My tummy is all full.”

And this is why I don’t send them to boarding school.