I promised I’d post a video of Bennett singing “boughs of polly”, so here it is, along with the rest of his Christmas repertoire. “Jingle Bells”, “We Wish You a  Merry Christmas”, and the Spongebob Christmas song (complete with the spoken parts). He doesn’t all of any of the other songs, so it’s a short video. 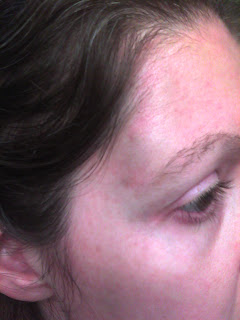 So, slamming a liftgate into the side of your head is not the best idea…
Good night, everyone.

Sent from my Palm Pixi on AT&T

Looking for a clean romance for yourself or a Christmas gift? Try A Christmas Singing or the other romances from WaterBrook Multnomah Publishers. Check out A Christmas Singing, then use the coupon code below to get 30% off and free shipping on your purchase by December 20, 2011.

Use the promo code CHRISTMAS11 30% off and free shipping on The Christmas Singing (and any other title) at http://waterbrookmultnomah.com/

*This is an affiliate link

Okay, I finally got switched over to WP. Now I’m having trouble importing my old blog posts from Blogger. The import tool doesn’t work. If anyone has any ideas, like how to import manually, I’m listening. As soon as I figure it out, I’ll be back up and posting daily again.

I’m still here. And the blog is still on Blogger… Not for lack of effort. I really don’t think this should be this complicated. I’m still working on it, and you’ll know I finally figured it out when the blog disappears for a day or two while the internet gnomes do their thing.

Summary
Easter Monday, 1809: Kirkley Hall manor house is mysteriously burgled. When suspicion falls on Jamie Charlton, he and his family face a desperate battle to save him from the gallows.

When £1,157 rent money is stolen from Kirkley Hall, it is the biggest robbery Northumberland has ever known. The owner sends for Stephen Lavender, a principal officer with the Bow Street magistrate’s court in London, to investigate the crime. Suspicion soon falls on impoverished farm labourer, Jamie Charlton, and the unpopular steward, Michael Aynsley.

Jamie Charlton is a loving family man but he is hot-tempered and careless. As the case grows against him, it seems that only his young brother, William, can save him from an impending miscarriage of justice.

But William is struggling with demons of his own. Desperate to break free from the tangled web of family ties which bind him to their small community, he is alarmed to find that he is falling in love with Jamie’s wife.

Set beneath the impenetrable gaze of a stray golden eagle whose fate seems to mirror that of Jamie’s, Catching the Eagle, the first novel in the Regency Reivers Series, is a fictionalised account of a trial that devastated a family and divided a community.

My review
I loved this story, even as the injustice involved made me angry. Jamie Charlton is a poor farmer who is accused of stealing the farm rents from the local lord. Whether he committed the crime is actually irrelevant as he is the favored suspect. As a poverty-stricken tenant farmer, he has no defense against the laws of the day, which favor the gentry and titled.

As his family fights for his freedom, they are involved in their own lives and struggles. Jamie’s brothers are arguing over how to help him, while his wife and son are just trying to survive. His brother William is desperate to get away from all the family drama and live his own life. Their oldest brother, John, is more worried about maintaining a good reputation for the family and keeping the family farm going. His wife Cilla is trying to keep her four children fed. His oldest son, Jack has befriended a wild animal and believes his family’s fate is tied to that of his new friend.

If you read the acknowledgements at the beginning of the book, you know how the book ends, as Catching the Eagle is a fictionalized account of a real family’s story. However, the ups and downs through the book will keep you coming back. It had me hoping for a different ending. In fact, despite some emotional scenes in the story, I didn’t cry until the end of the book. This is in no way a “happily-ever-after” and is very disturbing when you remember that there was a time when England’s law system was based more on class than justice.

Apparently, this is the first in a series. I’m very curious about what subsequent books will involve. Oh, and this story takes place in northern England, on the Scottish border, so the characters reminded me of the Scots in my favorite historicals. That was a big bonus.

About the book
Title: Catching the Eagle
Author: Karen Charlton
Publisher: Knox Robinson Publishing
Release date: Dec 8, 2011
Pages: 364
Where I got the book: I received this book free from the publisher in exchange for an honest review.
Rating: 4.5 stars, Great for fans of historical fiction