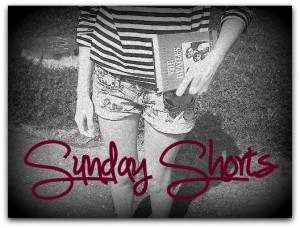 Sunday Shorts is a meme hosted by Kriss over at Cabin Goddess.  The rules are easy, a short story, an anthology of short stories, a novella, or a quick weekend read that is also short on your wallet!

Willow, Wish for Me by Jacquie Rogers

Book Description:
A high-society debutante seeking solace as an herb farmer in the Old West.
A high-stakes gambler hired to retrieve said debutante for her unscrupulous suitor.
A money-hungry, status seeking ex-fiancé who doesn’t get the “ex” part.
And Merlin, King Arthur’s powerful sorcerer, re-emerges as a mule to fulfill his own destiny. END_OF_DOCUMENT_TOKEN_TO_BE_REPLACED

Bennett’s been watching “Gaspard and Lisa”, a cute, if odd, cartoon on Disney, Jr. Gaspard and Lisa are both dogs, complete with walking, talking dog families. Which is normal for a cartoon, except that everyone else in the cartoon is human, and no one seems to think that walking, talking dogs is a big deal. Despite the fact that it’s only these two families. But wait! It gets better! They live in Paris, where everyone speaks perfect English (no accents), and you only hear the occasional, “Bonjour.” Strange little show. Anyway, part of the intro song is, “Hello! Bonjour!” Yesterday, Bennett ran into the kitchen, yelled, “Hello! Bozo!” and ran back down the hall. END_OF_DOCUMENT_TOKEN_TO_BE_REPLACED

Today’s post for the Discover Fantasy Tour features Jeremy Rodden. Jeremy is the author of the fabulously fun Toonopolis: Gemini and the not-as-funny-but-just-as-interesting Anchihiiroo – Origin of an Antihero (#1 in the Toonopolis Shorts series) 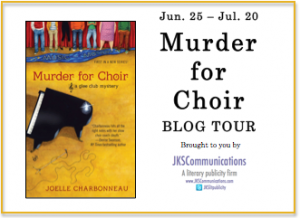 Book description
Even as a struggling opera singer, Paige Marshall has never seen anything like the cutthroat competition of the Prospect Glen High School show choir. Coaching these championship-hungry students may be her toughest gig yet…

Especially when her best young male singer is suspected of killing the arrogant coach of Prospect Glen’s fiercest rival. To clear his name, Paige will have to sort through a chorus of suspects, and go note-for-note with a killer who wants her out of the spotlight for good. END_OF_DOCUMENT_TOKEN_TO_BE_REPLACED

This edition isn’t all kid quotes, but there are several in here. Keep in mind, this is my baby book/journal, and feel free to skip around if mommy stuff doesn’t interest you. There’s some pretty good stuff in here, though. 🙂

Bennett was playing a game on the computer.
B: My tummy hurts.
Me: Are you hungry?
B: No. It hurts cuz I’ve been clicking a lot. END_OF_DOCUMENT_TOKEN_TO_BE_REPLACED 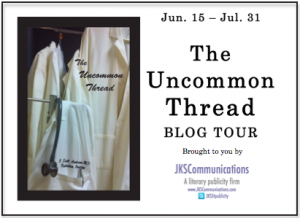 Thus The Uncommon Thread was born. So, try a story or two, if you don’t like them, read a few more. Because, in here, you never know what’s going to show up next. END_OF_DOCUMENT_TOKEN_TO_BE_REPLACED

You know when you make someone angry and they say, “I’m going to make you pay for that!”… Well, Bennett, being the generous (and a bit confused) darling that he is, says, “I’m going to pay you for that!”

Bennett told me the other night, “I brushed my teeth. Now they won’t get black and fall out.” END_OF_DOCUMENT_TOKEN_TO_BE_REPLACED