B: There’s my cough again. I have no idea what’s triggering it.
Dude. You’re six.

We had BBQ chicken for supper. Someone said something about sauce on their hands or the mess or something.
B: That’s because Jack and Daddy use their hands. Like pigs.
J: Pigs don’t have hands.
B: Then how do they catch their prey?

J: I poured too much salsa.
B: How much did you pour?
J: Enough and a half.

Blake asked for a new Minecraft mod. Even after trying different versions, I couldn’t get it to work.
B, with his little lip quivering: But I really wanted that mod.
Me: We’ll try again in a couple of months. Sometimes they’ll update something and it’ll work.
B: Okay. I guess we have to wait until January.
Me: I think we can try again before then.

B: How do you spell “frew?”
Me: Uh…
B: Like “If you go frew this door…”
Is is wrong to not want him to grow out of his speech issues when it’s this cute?

B: March has 31 days, right?
Me: Yes.
B: But it has more in Leap Year?
Me: No. February is the only month that gets an extra day.
B: Why does February only have 28 days? Is it so we get to December faster?

First thing out of Blake’s mouth when he woke up this morning: I learned something. A light flickering in a room in a horror movie is NEVER good. Unless it’s just someone standing in the room turning a flashlight on and off. But that doesn’t really make sense, so no one would probably do that. Unless they turned it on to see if it worked, and said, “Hey, cool! It works!” And kept turning it off and on to see if still works.

B: Is a beacon a real thing?
Me: Yes. It’s like a signal.
B: So if you’re in the city of the undead and you’re lost, you can send up a beacon and get help?
Me: Uh, that’s not the typical usage, but, yeah.

We’re downstairs watching The Hobbit. Blake was upstairs and came down to tell me he was hungry. His dad is upstairs. In his chair. Right beside the kitchen door.
B: I’m hungry.
J: Get Daddy.
Me, at the same time: Where’s your daddy?
B: Daddy’s asleep. You’re not supposed to wake someone up in case it’s an emergency.
Me: Unless it’s an emergency?
B: Yeah. That.

Bilbo was trading riddles with Gollum.
Blake: It’s not really fair because Gollum has two people. Gollum and Beagle.
I didn’t catch what he said at first, but Jack laughed.
Blake: No…Bagel.
Keep working on it, son.

J: Blake, don’t turn on the tv. It takes you too long to eat and we have to leave.
B: But I need something to advertise me.
Me, after thinking for a few seconds: Entertain you?
B: Yes.

J: I wish my left leg were as flexible as my right leg. It would be more convenienter.

B: Daddy’s making a green drink and he wants to know if you want one.
Me, assuming he meant some kind of smoothie: I don’t know. Depends on what he’s putting in it.
B: Some ice and some other thing that I don’t know.
Me: That was helpful.
Turns out Daddy was making margaritas.

I was taking Legos apart.
B: Here. Let the child-man show you how to do that.
(Before the feminists freak out, it didn’t come across that way at all. I’d have stopped that in its tracks.)

B kept dropping the pegs into the bottom of the Battleship case.
B: This is hard.
Me: I don’t have any trouble holding in to them.
B: you’re older than me so you’re more durable.

Jack and I are watching Star Trek. Blake came down the stairs in a Darth Vader mask.
Me: Go away, Darth. We’re watching a different space movie.
Darth: Dagnabit.

Blake and I were playing Life. He landed on a block that awarded him $95,000.
B: I can buy anything I want until it’s all gone!
Me: That pretty much applies to any amount of money.

B: I uninstalled some of my other games so I have room for this one now. Last time I tried to install it, it said I had insignificant space to install it.

The boys are watching Teen Titans GO!
Blake laughs.
J: Blake, that’s not really funny.
B: Then why are you smiling?
J: Because you’re smiling.
(I love it when they do stuff that reminds me why I keep them around. 😉 ) 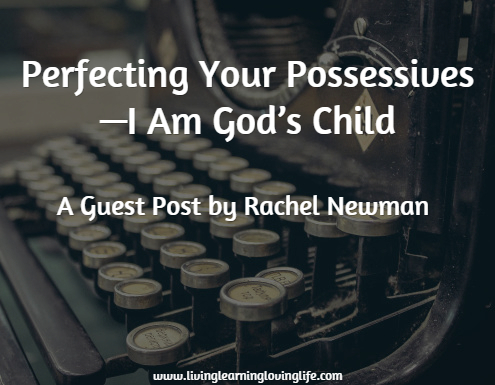 Words have always been important to me. During my adolescent years, I would often correct people when they used words that didn’t convey what I knew they meant to say. Annoying? Yes. I am sure of it. I don’t remember how old I was when I figured that out, but at some point I matured enough to realize it was okay if people didn’t always say what they meant. Maybe it was when I finally began to comprehend God’s grace. The realization that relationship is more important than semantics has surely made it easier on my friends and family.

But despite our ability to discern what’s really going on in an oral conversation, written communication is easily misunderstood if we don’t have a good grasp on grammar. Precision is especially important in the written word, because body language and non-verbal communication cues are absent. END_OF_DOCUMENT_TOKEN_TO_BE_REPLACED

Jack and I were watching Star Trek: The Motion Picture. (I don’t recommend it, by the way.) It was the first time either of us had seen it. The first couple of minutes are just music with a black screen. No stars, no scene, no credits, nothing. We were talking about how weird that was (little did we know that it was a sign of boringness to come) when Jack said, “It’s a motionless picture.” END_OF_DOCUMENT_TOKEN_TO_BE_REPLACED

(I’m not David Letterman. Because these come to me in order, that’s how you’ll get them.) END_OF_DOCUMENT_TOKEN_TO_BE_REPLACED

I had Jack send his dad links to the two laptops he’d found (because they won’t be coming from *this* Santa this year). Dad sent him an email back asking him to call him. They’ve been on the phone a while. Blake wants to talk to Daddy, too.
Blake: Jack won’t let me talk to Daddy!
Me: Hang on. Let them finish. Jack will give you the phone when Daddy’s through talking.
Blake: But Daddy never stops talking! END_OF_DOCUMENT_TOKEN_TO_BE_REPLACED 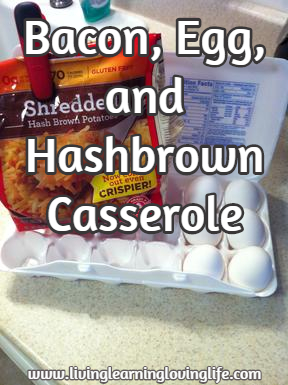 I feel as if I’m cheating here. I don’t have pictures because I wasn’t planning on posting this recipe. Next time I make it (which should be sometime in the next couple of weeks), I’ll take pictures and update this post. Pictures aren’t the only updates I’ll need, but I’ll explain that in a bit. I posted about this in passing on Facebook (as a post about how much my 13yo eats), and several people have asked for the recipe.

I’m sure this would be a good brunch recipe, but we always have it for supper. I also used to make with ham, and I posted that recipe a while back. This is only a slight variation of that recipe. Read the whole thing before you start, because I’m in the midst of some experimentation and which direction you go will determine your pan and your ingredients. This is a little convoluted and I apologize. I will clean it all up when I get it figured out. I hope it’s enough that you can make your own version. END_OF_DOCUMENT_TOKEN_TO_BE_REPLACED