Sunset calls for poetry, don’t you think? Unfortunately for you, I’m better at prose than at poetry, so you don’t get a pretty poem about sunset. Instead you’ll have to settle for a pretty picture of a sunset. 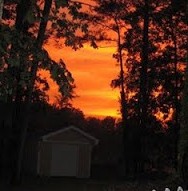 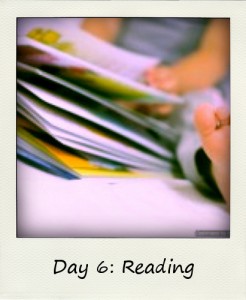 Reading is something that I’ve done for as long as I can remember. I learned to read before I started school and I’ve never stopped loving it. I had a great example in that my mom read often. When I was a child she knitted a lot, but she read even more often. We would sometimes just sit together in the living room, each reading our own books. Or we would sit on my parents’ bed reading our books while Daddy watched TV in the living room. I hope I’ve set as good an example for my kids. I think we may be okay. The older one checks out 20 books every time we go the library and the little one cries if we drive by the library without stopping. 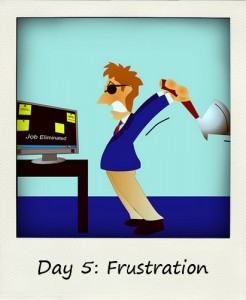 If you read yesterday’s BlogFlash post, then you already know where this is going.

I got a new laptop for my birthday Friday. I decided to format my 8-year-old Dell laptop for my older son to use. He already uses it for school-work anyway. It had never been formatted. Formatting and reloading Windows XP went fine. I loaded all the drivers from Dell’s handy disk and loaded the drivers for the wireless adapter. Hours of Google searches later, still no internet connection. It finally occurred to us to hook it up right to the wall. Update Windows and fix everything. Or not. We’re about to just go buy the boy a cheap laptop to use for school-work and writing. 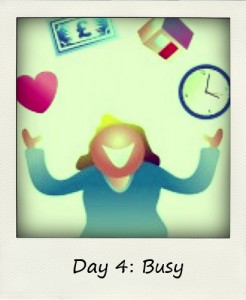 Why is it that no matter how well you (try to) schedule and plan, there is never enough time for everything? Something is always popping up. Best laid plans and all that jazz. This weekend, for example, I had a great plan. I have a review book that I have in PDF format, so I need to read it on my laptop. (I actually have the hardcover book, but it’s in a box somewhere from my move and since the review is due tomorrow, I don’t have any more time to hunt for it.) I was going to spend today reading. Instead, I’m setting up a new laptop and trying to figure out why the old laptop won’t connect to the internet after formatting, even after the wireless adapter drivers have been installed. I have a feeling I may have to switch one busy for another later this afternoon and stop messing with the stupid computers and start reading. Busy, busy, busy!

Bright colors make me happy, and today is my birthday, so a brightly-colored Happy Birthday banner is full of awesomeness! 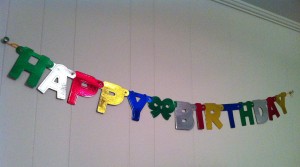 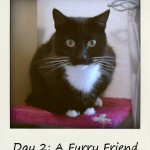 We don’t have any pets right now, but the boys are driving me crazy wanting one. Two, really. One wants a dog and the other wants a cat. Of course. I really want them to have pets, because I grew up with pets. I had 20-something dogs and 4 or 5 cats.  So, I’d love for them to have pets, but I’m well aware of who will end up taking care of said pets. Then we have the big-dog, little-dog, outside/inside argument. I think I’ll just buy them more of those stuffed animals I dislike so much. 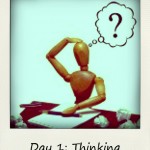 “Think, think, think.” Perhaps it’s because it’s so catchy, or perhaps it’s just because we watched Disney’s The Many Adventures of Winnie the Pooh a billion times when Jeffrey was a toddler. (Okay, it probably wasn’t a billion. It was probably only a million.) But everytime someone says “think”, I, um, think about the scene in the movie, in which Pooh is sitting in his Thoughtful Spot, tapping his head, and saying, “Think, think, think.”