For more years than I care to think about, I’ve watched the Super Bowl. I like football well enough, but I don’t make a special effort to watch it, and I’m not a fan of any particular team. I only know the rules because I used to watch with my dad and I drove him crazy asking about all the stuff the announcers were talking about. I pretty much only watch to see the commercials.

Over the years, I’ve caught a few great games — some 4th-quarter comebacks. A 99-yard touchdown rush. That was pretty impressive. (What year was that? I was sure it was last year, but I can’t find anything online. Did I dream that? If I’m dreaming about football, we have a problem.)

Two years ago, I didn’t have cable where I was living, and I didn’t miss not seeing the game or the commercials. Particularly these days, when all the ads are on the internet anyway.

Last year, I was living with friends who had cable. We watched the game. There were a couple of cute and/or sweet commercials. Budweiser always kills me with their Super Bowl ads.  And that Dodge farmer commercial. Oh. My. If you didn’t tear up during that commercial, there is something wrong with you.

However. Most of the ads weren’t worth watching. The best part of the Super Bowl experience last year was being on Twitter during the power outage. That doesn’t speak well for the millions of dollars spent on advertising during the game.

The thing is, I don’t know of any groups of men who watch the Super Bowl by themselves. (Don’t get all frothy-mouthed. I’m quite sure there are some. I just don’t know them personally.) You know who watches the Super Bowl, according to my 600+ friends on Facebook? 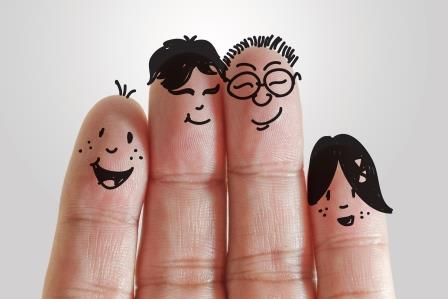 A happy family who just ate too much 7-layer dip and watched a non-sexed-up football game.

So what do we do? Is there anything we can do? I honestly have no idea. I’m guessing it would take something pretty huge to change a multi-million-dollar trend. (According the the Los Angeles Times, there are 55 commercials airing in this year’s game, at $4 million for each 30-second spot. Now, my maths don’t go that big, but that’s a lot of money*.)

All I know to do is

Just to be clear, I’m neither calling for, nor suggesting a boycott. I’m just not going to be watching.

*Okay, I couldn’t stand to just leave it hanging out there. That’s $220 million.

What do you think? Are the ads getting to be too much? Should we just accept it as part of our changing culture? If not, is there anything we can do to really change things?