Well, I haven’t done one of these in a while, so I hope this doesn’t get too long. I may have to make this two posts. LOL

My old desktop needs to be formatted so we can use it. I thought I could do it this week, but I need a disk from their dad and he’s out of town. It does have a huge flat-screen monitor. Bennett is used to using my laptop. He was so excited to see the “new” computer and big monitor. “My computer is bigger than your crappy old computer!” Yes, son. Except you have the crappy old computer, not me. I did turn it on and let him play until it blue-screened. When I told him to turn it off, he put his finger on the monitor button, and asked, “This one?” Don’t laugh. I’ve worked with adults who thought the same thing. I had it on the floor when I first got it out. This morning, I put it on my desk for him. “I need the computer closer.” Still the screen and not the computer, son. I can see this is going to be fun….

We were scouring the clearance racks and shelves at Target and saw this. Bennett said he didn’t want this one because it was “cowboy style”. Yeah, I have no idea.

Yesterday morning, Bennett woke up just long enough to say, “Don’t be impressed, Mama,” before going back to sleep. Not sure what he was dreaming about, but apparently it wasn’t very impressive.

Late at night, as I was trying to go to sleep:
B: which would you rather be: a ninja or a mama?
Me: I’d rather be a sleeping mama. Mamas are better than ninjas.
B: I like ninjas better. But I still love you.

“When I was a little kid, I thought my name was spelled ‘Bennit’. Now that I’m grown up, I know I’m spelled ‘Bennett’.” Because he’s SO old now.

Jeffrey’s cooking himself some eggs for supper (he was playing outside until it got dark) and heard him exclaim from the kitchen,”Look! It’s like a stereotypical egg!”

Jeffrey was looking up why manhole covers are round, and learned that in Hamilton, Bermuda, there is a triangle-shaped manhole cover. I’ll give you a minute to think about it.

Jeffrey has recently been obsessed with Yeti (Yetis?). He told me this morning, “The early Yeti gets the sheep!”

I’m locking these kids in the house. Bennett seems to have inherited my allergy to mosquito bites, so we’re already dealing with those. He just walked in and calmly announced, “I got stung by a bee.”
I’m trying not to panic, because we don’t know if he’s allergic.
“Where did you get stung?”
“I don’t know.”
“What do you mean, you don’t know? Where does it hurt?”
“Nowhere.” And proceeds to tell me this long, drawn out story about a bee hive, and ends with, “but none of them got me.”
“Then WHY did you come in and tell me you got stung?”
“I don’t know.”
I’m not sure I’m up for this parent thing.

B, about their new friend: He never plays real games.
Me: what? What does that mean?
B: He doesn’t play games that God made.
Me: What games did God make?
B: You know. Board games.
Me: Uh…. God made board games?
B: No, people did.
This is why I stay in a constant state of confusion….

Ever wondered how to make your own ceiling fan? Here you go:

B: We have an overmount of DVDs.
My mom: What?
B: An overmount. It’s when you have too many.

I was sitting on the rear bumper of my car. Bennett wanted to sit up there and I told him there wasn’t much room to sit.
“Your butt is big. My butt is tiny.”
I don’t even….

I was cleaning out boxes one weekend and found “an overmount” of TicTacs — especially considering we don’t buy or eat them anymore.
Jeffrey came home and saw the TicTacs on the counter.
J: Why do you have so many ticTacs?
Me: I have no idea.
J: Oh, you found them?
Me: Yeah.
J: Remember how we used to buy a bunch of TicTacs?
Me: Obviously. 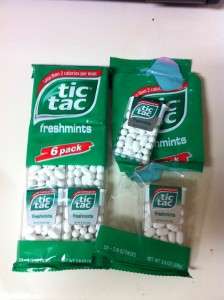 We are getting ready for this year’s homeschool Geography Club and talking about which countries Jeffrey would like to study.
J: Madagascar and Antarctica.
Me: Are there people on Madagascar? I thought there were just lemurs there?
J: That’s what I thought, too, but apparently there are actually people there, too.
A couple minutes later….
J: Wouldn’t it be cool if it was called Madanascar? Like a whole country of race cars.

Me: Are you ready to go help me cook eggs?
B: I’m still having my slumper.

Jeffrey cooked eggs for the first time for breakfast one morning. Not to be outdone, Bennett cooked chicken for supper. Which is to say he poured the soy sauce on the chicken.

So we’re in bed snuggling and looking up stuff in the dictionary, cuz that’s how we roll. We look up unicorn, and Jeffrey starts in about how “if it had two horns, it would be a duo-corn, if it had three, it would be a tricorn, if it had four, it’d be a quadracorn–” when Bennett interrupts with, “Yeah, but it’s still a quadruped.” Dude, you’re FIVE. Stop.

A local education supply store was going out of business:.
Jeffrey probably bought 20 posters today at the Education Station. (Bennett got colored pencils and glue. I turned around and he was carrying three bottles of Elmer’s school glue. “You each need one, too.”) As we got into the car, Jeffrey asked, “You know what I need?”
“How could you possibly need anything else?”
“A map of Middle Earth.”
“You just bought 20 posters and we already have a bunch of maps. Where would you put it?”
“On my ceiling.”

Me, on the phone with Bennett: I have to write to review for your reading program.
B: Okay.
Me: Is there anything you want me to say?
They know how this review thing works by now.
B: Yes.
Long pause.
Me: What?
B:That I like it.
Yes, I can see where that would have required a lot of thought.