Tired of the same old board games on Game Night? Today’s review is for The Presidential Game, and you’ll want to add this game to your game closet.

In The Presidential Game, two teams battle it out for control of states and their electoral votes. You can keep up with the tally on the provided pad of paper or with the ultra-cool WebMap Calculator. Your kids will have so much fun plotting their world domination that they won’t even realize that they are learning about the electoral college, geography, and math, not to mention logic and strategy.

Two teams take turns either Fundraising or Campaigning. Campaigning gives you a shot at three states at a time, but Fundraising can give you a bigger boost and allows you to pick up a Fundraising Card, which adds a surprise bonus. There are serious cards and silly cards. These are just a few examples: 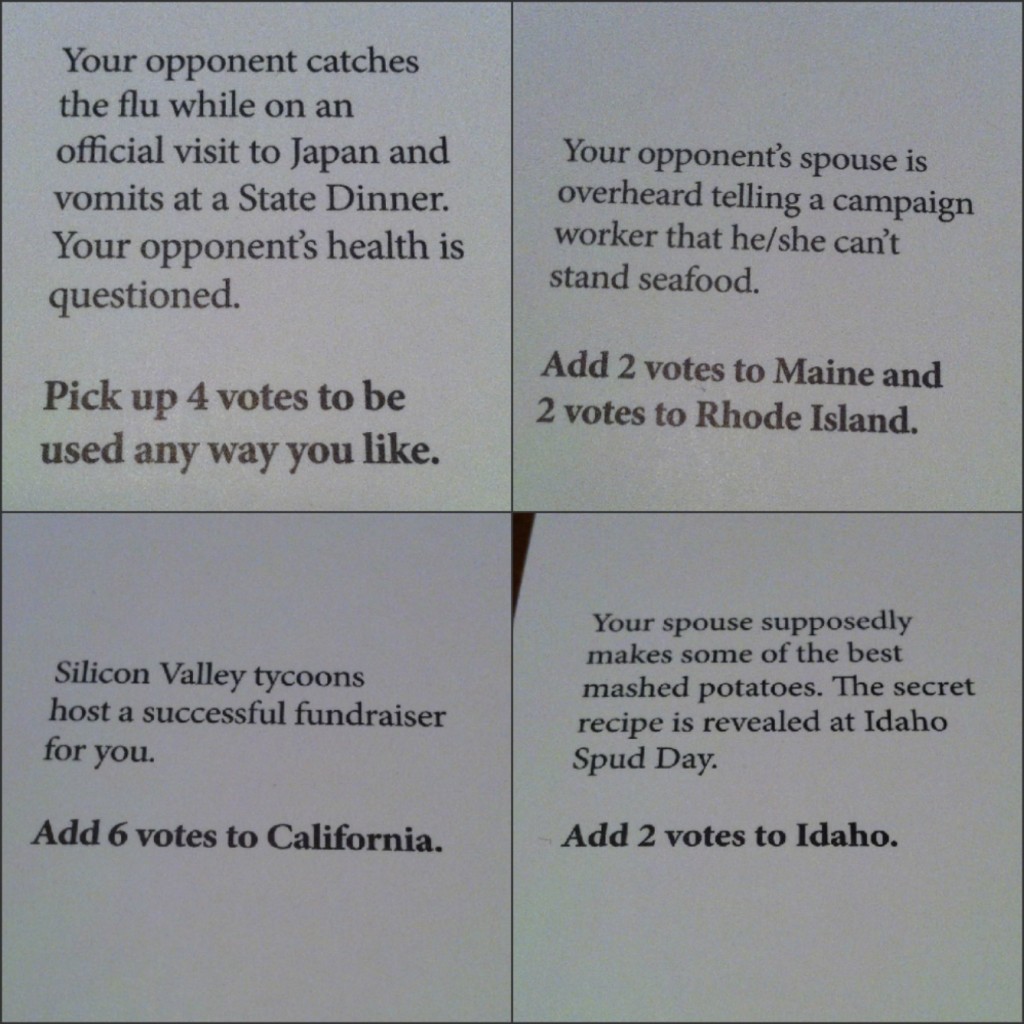 You can play up to 30 “weeks”, with each “week” being a set of turns. In our family, a 30-week game took us about two hours every time, but part of that could be because my children wouldn’t just roll the dice and play. My eleven-year-old had to discuss every decision with his Vice President (that would be his five-year-old brother), and the five-year-old kept us laughing with announcements such as, “I’m the Nice President!” and “We should get You Nork and Misconsin!” It’s hard to be serious about running the country when you’re giggling.

Screenshots would have made more sense, but I was busy trying to beat an 11-year-old kid, and didn’t think of that.

Or the games could have taken a little longer because I would get distracted and forget to move us up a week occasionally. We may have actually played 32 (or more *cough*) weeks a few times.

Our only issue with the game was some confusion with the rules, but once we found out that there is an updated FAQ and PDF of the rules on the website, we were good to go.

The game can be very Fast-paced and competitive. States can be won or lost with the roll of the dice, and it’s not only a matter of strategy, but of luck, because while control of the votes goes back and forth, there’s no way to know for sure who will be on top at the end of the game. Unless you’re like my son, who likes to “build up a defense”. Personally, I think there were hanging chads involved…. 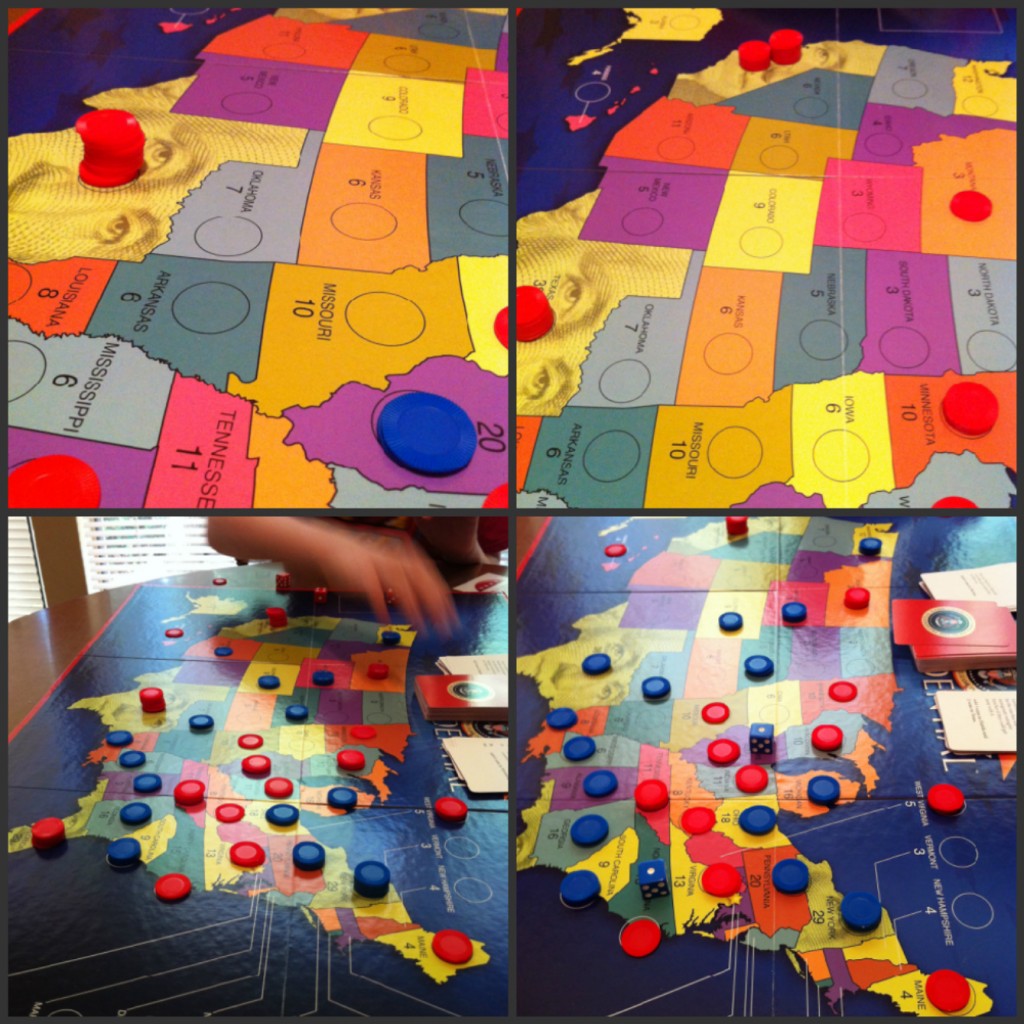 These were different games. He does this to me every time.

Being the rebel that I am, I also used the game in an unofficial way. To keep the five-year-old busy while his brother was on an online class, I played it with him. But we just picked a state and rolled to see who gets it. He’s a little beyond the simple math involved in counting the dice, but it might be fun for your younger kids. It did help him learn where the states are, and how to spell some of them (although not how to pronounce them, apparently). 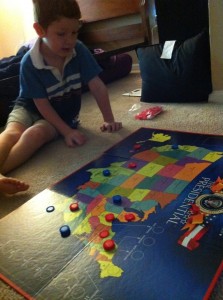