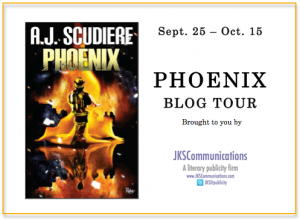 He’s frustrated with his job.
And his most recent girlfriend has just walked out on him.
Even a simple trip home to find some rest leads his adoptive mother to share a stunning secret she’s kept for over twenty-six years . . .

Jason has a brother he doesn’t remember existed.

Desperate and uncertain, Jason can only watch as one by one the pieces of his life fall like dominoes.
The more he uncovers, the more everything he thought he knew about himself and his past begins to turn to ash.

My review:
This book started off strong and I didn’t want to put it down. This was a bad thing, because I started reading right before bed on a weeknight. It’s an intense story, but there was just enough humor to keep me from having a heart attack. I really liked Jason, even felt a little sorry for him as he seems kind of clueless, but there was a while where I wanted to thump him alongside the head. A piece of the puzzle was right in front of him the whole time, and had he been paying attention, he could have saved himself a lot of time and money.

My only problem with this book was that it was hard to keep up with the timeline. There were a few times when it would seem like a few days had passed, but then we’d find out that it was later that day, or only the next day. Sometimes I felt like I was playing catch-up. I also missed reading about a phone call from a Captain Smith, but even after flipping back through, I didn’t see it, which was odd, because it seemed to be pretty important.

Over all, though, I would recommend this book to anyone who loves a good thriller. This is not a book you’ll want to put down. I was fully involved (a little fire pun for you) from page one. I could have read this book in one sitting except that I had to sleep and my kids kept wanting food and stuff.

About the book:
Title: Phoenix
Author: A.J. Scudiere
Publisher: Griffyn Ink
Release date: Oct 2, 2012
Pages: 410
Where I got the book: Free from the author in exchange for an honest review