Please enjoy this interview with Phil Jourdan, author of the touching memoir, Praise of Motherhood. Then read on to learn how you can win huge prizes as part of this blog tour, including $500 in Amazon gift cards and 5 autographed copies of the book. 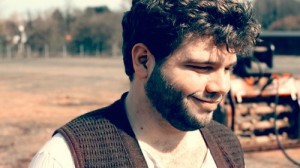 Hey, perhaps the obvious thing is that she was the single greatest person in my life–a woman who set everything aside to help me when I went through a few rocky years, a lover of animals and nature, a professor of mathematics and computer science who worked because she needed something to do…

She was that lady who’d bring clothes out to the homeless people in the streets when it was cold. She spoke Portuguese, French, English, and Russian fluently. She took people into her life and made them stronger, happier. She drove very carefully.

She was one person among many to die from something as trivial and terrible as an aneurysm; just one out of all the people who died on November 11th, 2009, for no reason, and without saying goodbye to any of us.

And, now, she’s the subject of my book.

I’m a bearded, forever-anxious guy in his mid-twenties living in the UK. I’m working on a PhD in Literature and Religion. I have a band, I run a press, I write articles for various publications, and I pace around a lot when I talk about things that interest me.

3. Why did you write Praise of Motherhood?

Because I couldn’t bear the idea that my mother’s death might be just another sad event in the lives of a few people. I wanted my mother to be remembered somehow — not just by those who knew her, but by those who could end up wishing they had known her.

It’s not easy losing a parent, and I wanted to write my way out of some dark places. To focus on the good things. To remember with gratitude the way she did everything she could to make her children feel okay.

Of course, I was. She was worth the teasing from my young classmates. I loved her even when I was furiously angry with her.

5. When were you furiously angry?

From the age of 14 to 16, I was so psychologically unstable that I had to leave school for a while to stay in a private clinic and “recover” — which means they pumped me full of medication and made me sleep for a few weeks. This happened twice. My mother’s support was crucial back then, because I was a mess. I hallucinated, I was paranoid, and I wanted to die. Of course, like any screwed up kid, I took it out on my mom.

I’d get so angry that I couldn’t breathe. Everything seemed to hurt me–physically and emotionally. Because I trusted my mother so much, I took her for granted, too. I knew she wouldn’t abandon me if I broke down or lashed out. She was a saint about my outbursts.

6. Is that what Praise of Motherhood is about?

In part. What you’ll find in Praise of Motherhood is a series of short chapters on various ways I related to my mother. Let me be clear that it’s not a book about mothers in general. It’s a memoir about my relationship with my mother, before and after her death. It deals with my weird adolescence, then it moves on to questions about her private life that I’ll never be able to answer, and then it turns toward fiction. I imagine a world in which mother didn’t die on that day. I try to reconstruct conversations I had with her and my father. Then I end the book because I could go on forever and I think it’s best to be brief.

7. What was it like to show the book to your family?

It was less terrible than I’d anticipated. My great fear was that someone might object to the way I’d written it. It’s not “conventional” — there’s a scene in which I imagine my mother breaking into pieces and my sister and I have to tape her back together before she accuses me of having killed her. That scene worried me: what if my sister hated it?

I’m happy to say it all went well. My sister found that chapter moving, and my grandparents each expressed their support. My father, who hadn’t been married to my mother for over a decade, was equally moved and helped me through the various drafts.

8. Is everything you write in Praise of Motherhood true?

If you read it, you’ll see that some of it is obviously fiction. I don’t think the right distinction here is between fiction and nonfiction; it’s between truthfulness and untruthfulness. The book is certainly truthful: if I make things up, as in the chapter where I imagine what my mother’s “secret life” as an occasional spy might have been like, it’s to show what I think about when I wonder about her as a private person. I paint myself pretty much as I was back then: irritable, self-involved, afraid. I paint my mother just as she was: patient, terrified of losing her child, and often helpless but willing to do anything.

The events that I depict in the more “conventional” chapters are true. The dialogue is obviously not going to represent exactly what was said, but the spirit of the past is contained within it.

It’s for people who have lost someone they loved and want to know how someone else handled their pain.

It’s for parents who need a reminder that their children can and will end up appreciating all the sacrifices, all the patience, all the secret suffering.

And it’s for anyone who is interested in teenage depression, psychosis and anxiety, and wants to read a memoir about how those conditions affect family relationships.

A novel that begins with a mother’s funeral… and then goes in a totally new direction. I started it just as I was wrapping up Praise of Motherhood, and I was ready to let go of those memories for a while, but the image of my mother’s coffin going into the earth has stayed with me so vividly that I had to begin a work of fiction with it. But beyond that, it’s an entirely different thing.

As part of this special promotional extravaganza sponsored by Novel Publicity, the price of the Praise of Motherhood eBook edition is just 99 cents this week. What’s more, by purchasing this fantastic book at an incredibly low price, you can enter to win many awesome prizes. The prizes include $500 in Amazon gift cards and 5 autographed copies of the book.

All the info you need to win one of these amazing prizes is RIGHT HERE. Remember, winning is as easy as clicking a button or leaving a blog comment–easy to enter; easy to win!

To win the prizes:

About the book: Praise of Motherhood is a son’s tribute to the woman who not only gave him life, but helped him live: through various psychotic breakdowns, tumultuous teenage years, and years of feeling out of place in the world. Get it on Amazon or Barnes & Noble.

About the author: Phil Jourdan fronts the lit-rock band Paris and the Hiltons, runs the fiction press Perfect Edge Books, and occasionally works on a PhD. Visit Phil on his blog, music site, Twitter, Facebook, or GoodReads.