YA Forever by Laxmi Hariharan 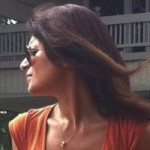 My sister-in-law turned to me, “When Naman married you I thought you might lick him into shape. Little did I realise he was marrying someone just like himself.” She was of course referring to the—happy to spend life in pursuing my dreams— traveler who never wanted to settle down in one place—me.

Coming from a conservative South-Indian family in suburban Bombay, my biggest fear as a teen was to be ‘trapped’ in an arranged marriage. I always knew that I would wait till I found the one. A partner who would accept me for what I am. A free spirit—an easy rider kind of person. So, when my then to-be-husband woke up one morning and didn’t blink at my “Uh! How about we just spend the day walking around Singapore, doing nothing… just being?” I knew that was him.

It took me a few more years to realise that I was firmly in what the world calls today the Young Adult space. I not only write YA, I am YA. In fact I have my own quiz to help you figure out if you are also a YA.

If you got even two of the above three right, chances are that like me you are YA forever.

So this was how I realised I write in the YA fantasy space; but then the biggest surprise was discovering how inspired I was by Indian mythology.

Me, the one who left my home country India in wanderlust, running away from the constraints that the eighties Indian society placed on its women, the uber Go West kinda gal, now churning out fiction inspired by the East—Indian gods & goddesses and their adventures?

I paused, and dug into my memories—going back in time to when I was a little girl, perhaps five in Bombay—and my grandma, Periamma I called her (literally translating from Tamil as Big Mother) wrapped in her ultra-traditional, nine-yards, silk-cotton saree narrating stories from ancient Indian epics. I had absorbed them wide eyed, becoming one with them in my dreams, believing I could overcome demons in the real world, and that nothing could stop me. It was these stories which portrayed powerful Goddesses, stronger than the mightiest Gods, who were my role models.

In embracing my roots I had found my voice.

Through The Destiny of Shaitan and my future books, I hope to share these delightful stories from the rich tradition of Indian mythology, presenting them in a cool, futuristic, simple to understand setting, so that people of all ages everywhere, can enjoy them.

The Destiny of Shaitan and my next novel Return to Seven Islands will particularly resonate with Young Adults and the YA at heart; for we dare to dream. We are the imagination engine, who sees the future.

If my readers feel just a little of those wonderful emotions which my Grandma shared with me, then I will be ecstatic.

About the author: Laxmi Hariharan was born in India. She lived in Singapore and Hong Kong and is now based in London. She has written for various publications including The Times of India, The Independent and Asian Age. She is inspired by Indian mythology. When not writing, this chai-swigging, technophile enjoys long walks in the woods and growing eye catching flowers. Her debut novel The Destiny of Shaitan is available on Amazon.

Find Laxmi online:
Facebook
Twitter
Blog: Read about the inspirational avatars she meets on her writing journey at http://www.laxmihariharan.com/

When Tiina accompanies Yudi on a mission to save the universe from the ruthless Shaitan, she seeks more than the end of the tyrant; she seeks herself. Driven by greed and fear for his own survival, Shaitan bulldozes his way through the galaxy, destroying everything in his path. Tiina wants Yudi to destroy Shaitan, thus fulfilling the prophecy of Shaitan being killed by his son. But she finds that Yudi is hesitant to do so. The final showdown between Tiina, Yudi, and Shaitan has unexpected consequences, for Shaitan will do anything in his power to win the fight. The stakes are high and the combatants determined. Will Shaitan’s ultimate destiny be fulfilled?