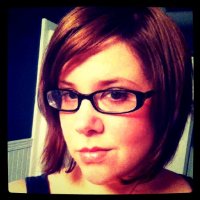 Jessica Grey is an author, fairytale believer, baseball lover, and recovering Star Wars fangirl. A life-long Californian, she now lives in Montana with her husband and two children where she spends her time writing, perfecting the fine art of toddler-wrangling, and drinking way too much caffeine.

Tell us a bit about yourself:

Do you work another job when you are not writing?
I’m a full time mom of two toddlers. So no…and yes. I suppose it depends on your perspective. Unfortunately, no one pays me (monetarily at least) for being a 24 hour mom, chef, and chauffer.

What is your favorite thing to do when you aren’t writing?
Reading, playing with my kids, watching movies, and sewing.

What is your favorite color? Why?
This changes so often! I sew as a hobby and I have a total addiction to pretty fabrics and switch favorites. I tend to like fresh colors, blues, greens, yellows. I like things that feel like spring and summer.

What is your favorite season? Why?
Summer! I am not the biggest fan of the cold. Last year we moved from Los Angeles (where it’s almost always summer) to Montana. I’ve managed to survive my first winter here (it was mild, we were lucky) but the months of May-September are absolutely gorgeous here!

If you could live anyplace on earth, where would it be? Why?
Anaheim, California. I realize that sounds so non-exotic. But I’m a huge Disneyland fan and a huge Angels baseball fan. I’d like to live right next to the stadium, have season tickets, and just be able to walk on over to games. This would require winning the lottery, and as I don’t ever buy a ticket, the odds of that happening are pretty slim.

If you could have any car, what would it be?
A Mini Cooper! They’re awesome! Even though they’re small my long legs still fit comfortable even in the back seat. I have no idea how they’ve managed it. Black magic most likely. However, it is probably not the most practical family car.

If we looked under your bed, what would we find?
Lots and lots of toys and stuffed animals…and probably dust bunnies. Who am I kidding? You would definitely find dust bunnies.

If your book became a movie, who would you cast?
This one is so hard for me! I’m convinced there is not a teen actor on the planet hot enough to play the hero in Awake. In my mind Luke is sort of a hybrid of two of my favorite baseball players. I tend to do that a lot with my characters – “if this person and this person had a baby it would look like my character.” If I had a gun to my head I guess I would say kind of like the guy who played Gale in the Hunger Games but blond. As for Alex, she’s another hybrid character. I saw a photo on a stock photo site that I thought might look like her, but as for an actor? Yikes. I guess that’s why casting agents get paid the big bucks!

How are you like and unlike your main character?
The way I am most like Alex, or at least was when I was her age, is that sort of awkward insecurity where you don’t quite trust your own instincts, and over-think things. Honestly, I’m still quite a bit that way, but some of it goes away with age. Where I am unlike Alex is in academics. Though I was a decently smart kid and good student, my area of expertise was the arts, whereas Alex is kick butt smart and a straight up science girl. She needs observable, repeatable results and good old-fashioned facts. Alex is also a lot more shy than I ever can claim to have be. Really, ask my Mom, she’s got stories.

What/who do you read for pleasure?
I read a lot of Young Adult, I adore fairy tale adaptations and fantasy (big surprise). One of my favorite authors is Robin McKinley. She replied to a tweet of mine once on Twitter and I almost passed out. I also read a lot of Austenesque which are novels based on Jane Austen’s works. I actually run a site for authors and readers of independently published Austenesque called www.indiejane.org. I adore good mysteries too, and I’ll read and reread anything Mary Stewart ever wrote.

Dragons or unicorns?
Dragons. No contest. I’m actually working on a dragon related YA fantasy inspired by this incredibly awesome dream my three year old had and told me about. It’s a bit of a Sleeping Beauty/Beauty and the Beast mash-up but somehow all it’s own story.

If you ruled the world, what are the first three laws you would pass?
Firstly, I would outlaw Pepsi (see above) because I’m dictatorial like that.
(Actually, I snagged some of Jessica’s interview questions for a previous post so it’s NOT above. You can see her Coke vs Pepsi answer here.)

Secondly, I would ban showings of the Star Wars prequels and the Special Editions of the original Trilogy. Only the original, theatrical release would be allowed. I think this would solve almost all of the world’s problems.

Thirdly, and I’m really searching here for something that’s a positive action and not just me outlawing stuff, I would ask the powers that be over at Disney to build another Epcot the way Walt intended it, as an actual city.

Tell us about your writing

How long have your been writing? Was it a dream, a goal or is it just a hobby?
I’ve been writing since I was very young, but it was more of a hobby than a vocation until recently. I have an English degree, so I did a lot of writing in college through creative writing and script writing classes. Although writing full time has always been a dream of mine, it’s really only been in the last few years that I’ve been able to devote a lot of time to the writing process. The concept of Awake is one I’ve been thinking through in my head for at least seven years.

How many hours a day do you devote to writing? Do you have a set routine or do you write when the mood strikes?
I don’t write every day (I know, most writers will tell you that you need to), but I have little kids. We also live really far away from our families so we don’t have access to cheap childcare. This means I really only get to write on the occasional weeknight, or on the weekends when my husband is off work. When I get the chance to write I usually write in large blocks. I try to get at least 6 hours a week to write. Sometimes it’s significantly less and sometimes it’s more.

Is there some place special you like to be when you write?
Anywhere with coffee and a table. I usually go to my local Starbucks and stick my headphones in. I admit that some of the baristas know my “usual.”

Do you listen to music or do you need a quiet place to write?
I listen to music. I’m a bit distraction prone and if I was writing at Starbucks without headphones I would be able to repeat every conversation within earshot to you. I find that music allows me to have just the right amount of distraction.

Tell us about your book

What is the name of it and is it part of a series or a stand alone novel?
Awake: A Fairytale is book one in the Fairytale Trilogy. However, each book has a resolved ending. I tend not to love books that end in huge cliffhangers and make you wait forever to find out what happens.

Where did the idea come from?
I’m a very visual writer and most of my story ideas start from an image that sort of just falls into my brain. I’m usually doing something really exciting, like staring off into space in the shower, when I get these visual images. In the case of Awake: A Fairytale, the image was of this gorgeous metal bed encrusted with gems with a sleeping man on it. The last part of chapter three where Alex finds Luke enchanted on the bed is the description of that very first visual flash and the first part of the book I wrote.

What is it about?
Awake: A Fairytale is an adaptation of Sleeping Beauty that takes place in modern day Los Angeles.

Here’s a short description: Magic spells and enchanted beds are the last things on Alexandra Martin’s mind when she sees Luke Reed on the first day of her summer internship. But when Alex finds a real Sleeping Beauty she discovers the truth hidden in fairytales and that a fae’s ancient evil still holds power. Can Alex and her friends defeat the curse and finally realize it takes more than true love’s kiss to bring you fully Awake?

Awake: A Fairytale is currently available on Amazon for the Kindle and in paperback format.