A couple of years ago, we went to the Tellus Science Museum with GCA (our cyber school). Last night, we were fortunate to be able to go again, courtesy of GCA. You can check out my post about that visit, which was much different than this one, along with a separate post containing just pictures.

Bennett is dino-crazy and he was old enough this time to see and enjoy everything. He was naming all the dinosaurs he knew and asking me about the others. Jeffrey took the time to read all the information, but Bennett just wanted to know the names, so we were ahead of Jeffrey. Bennett kept saying, “See more dinosaurs!” I had to remind him we couldn’t just go off and leave Jeffrey. LOL 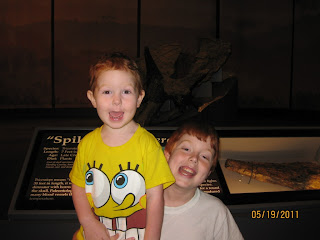 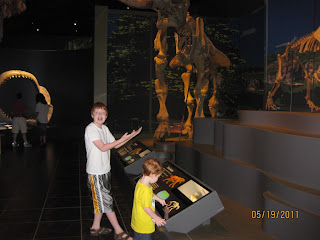 After the dinosaurs, we tried the planetarium, but Bennett was too scared of the dark, so I had to take him out. It was only a few minutes, so I let Jeffrey stay and see the show while I waited outside with Bennett. It was a roller-coaster ride and Jeffrey said it was really cool and made him motion-sick. I guess if you’re a boy, something can make you sick and still be cool. LOL

We moved on to the fossil dig. It’s pretty cool. They have “fossils” built into the bottom of the area and the kids can dig and find big parts of dinosaurs. There are also tiny fossils scattered throughout and the kids each get to keep one fossil to take home. Bennett got a sea urchin and Jeffrey got a squid tooth. While they were digging, another kid yelled, “I found it!” and Bennett yelled, “What you got?” He was so excited. It was very cute. 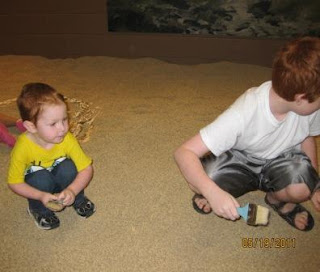 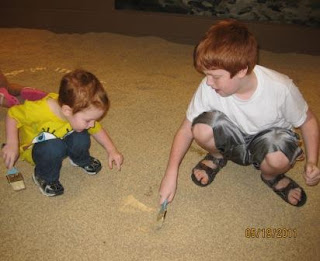 We went on to the air and space section and tried to get Bennett to take his picture in the space suit, but he didn’t like the dark. (There’s a piece of cloth at the back of the helmet to keep light out so your picture looks “real”.) Then on to the car section and since I remembered to bring the camera this time, I got pictures. 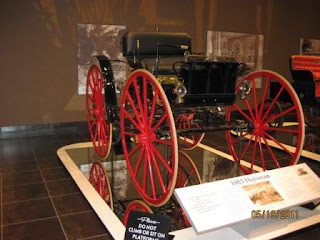 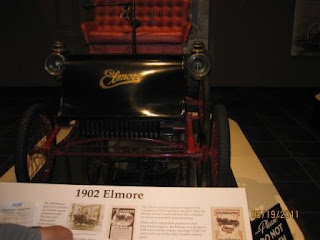 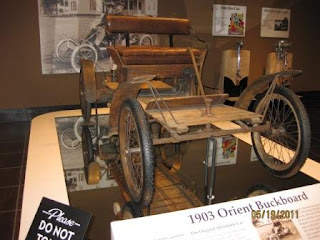 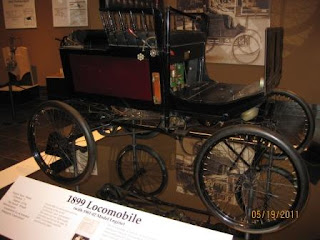 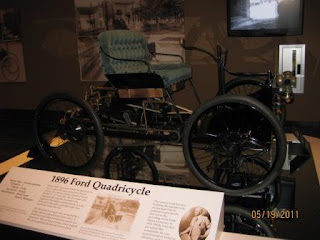 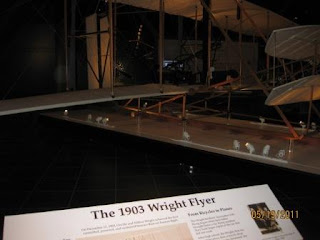 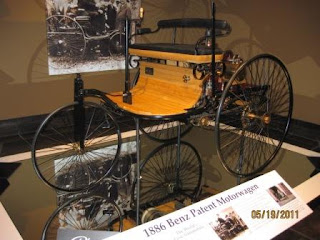 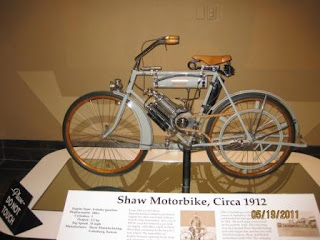 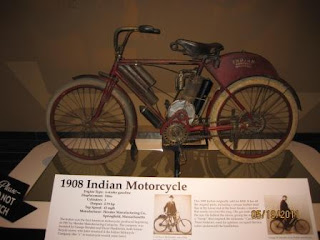 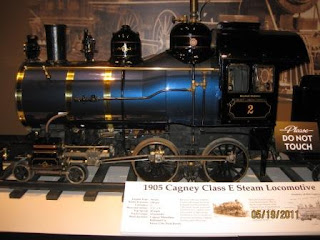 They didn’t want to go look at the rocks, but once I got them over there, they didn’t want to leave. Jeffrey was having fun learning about all the uses for different minerals and Bennett wanted to see “more pretty rocks”. 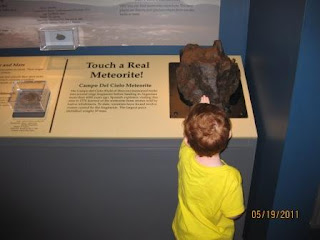 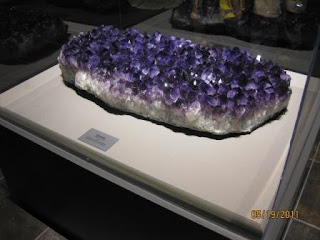 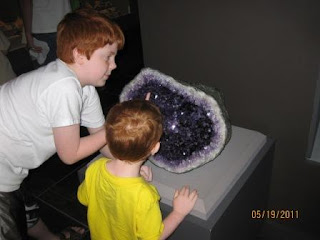 We did the hands-on section last because I knew once we got in there, they wouldn’t want to leave. I was right. We stayed in there for an hour, until it was time to leave. 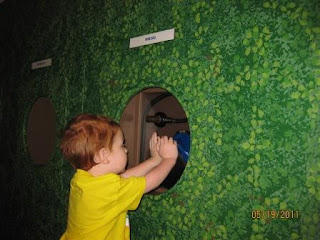 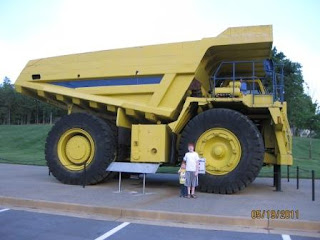 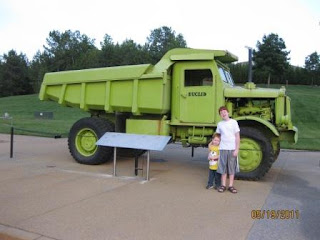 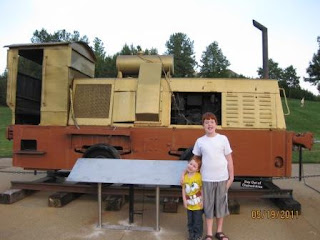 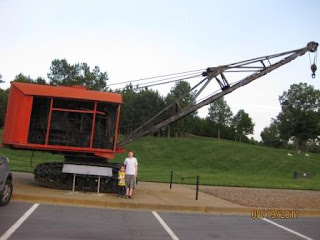 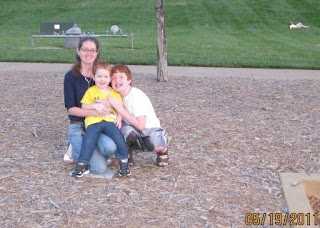